Altering Food Memories – Have you ever thought about your most vivid food memories?

Storage Onions – You wouldn’t know it from this post, but we cooked with asparagus and strawberries this weekend.

The Versatility of Delicata Squash – I’m writing this post with my back to our dining room window, which is currently the main source of light in our house.

The Only Recipe I’ll Need – Sometimes I make a dish and realize that I'll never have to experiment with another version of the recipe again: the one I just made is the only one I need.

It’s Worth It – If you caught my recent post about Fleisher's you saw that after two years of vegetarianism, I've started to eat small amounts of meat again.

Brussels Pout – My dad hates Brussels sprouts to the same degree that I love them.

Sweet Corn Polenta, Take 2 – We made sweet corn polenta last Thursday and it was heartbreakingly good. 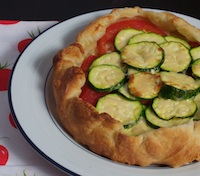 Cooking it Fresh: Zucchini – We've now made this galette two times in the last three days.

Cooking it Fresh: Fava Beans – I'm going to keep this short and sweet because it's a holiday weekend. 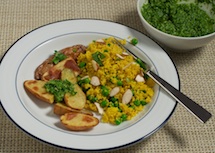 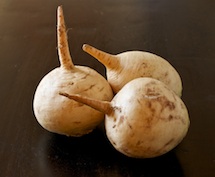 End of Summer Reflections – It's time to say goodbye to a busy, memorable, and extremely hot summer.

Ratatouille! – Thanks to Pixar, the first image to pop into your head when you hear the word ‘ratatouille’ might in fact be a rat!

Frankies Eggplant Marinara – In full disclosure, I've yet to go to Frankies Spuntino or Prime Meats, though I have been to Café Pedlar numerous times (which should count for something by association!).

Fiery Tomato Sauce – I view a homemade tomato sauce as a blank slate.