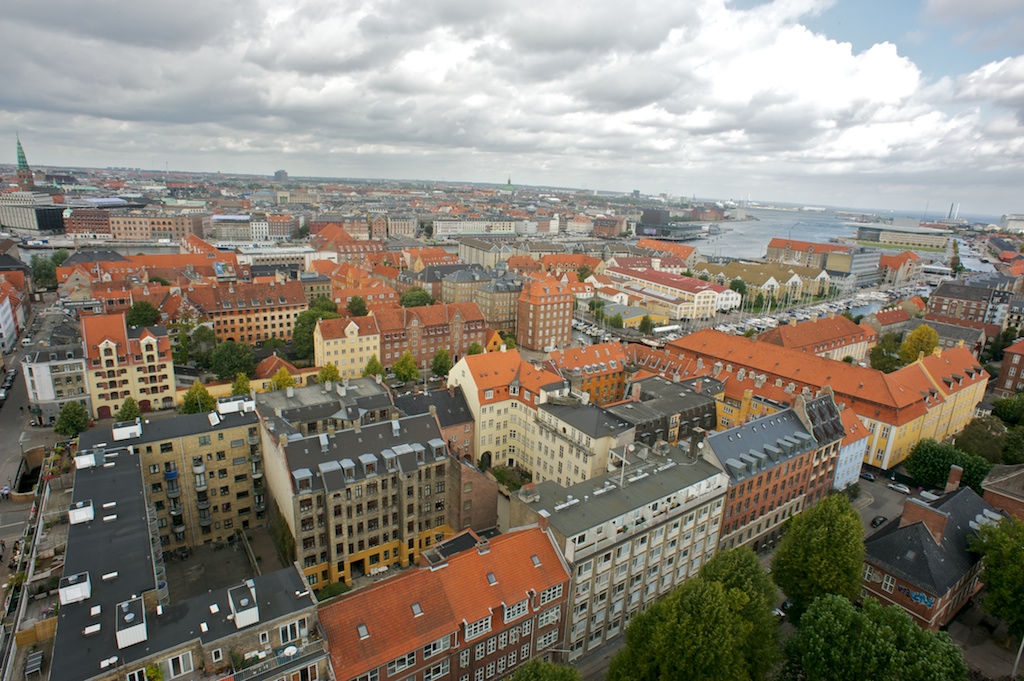 Justin started a travel journal during our Spring trip to Portland. Each night or morning, he'd write a quick update of what we had done, seen, eaten, and drank. After any trip, I always think I'll remember more of the details than I really do. Instead I'm left with visceral memories and vignettes, the details brushed aside by feelings. If I had to choose, I'd rather be left with the feelings than the details, though sometimes it's fun to remember exactly what we ate at 'that' restaurant and how much walking we managed to do in 12 hours! 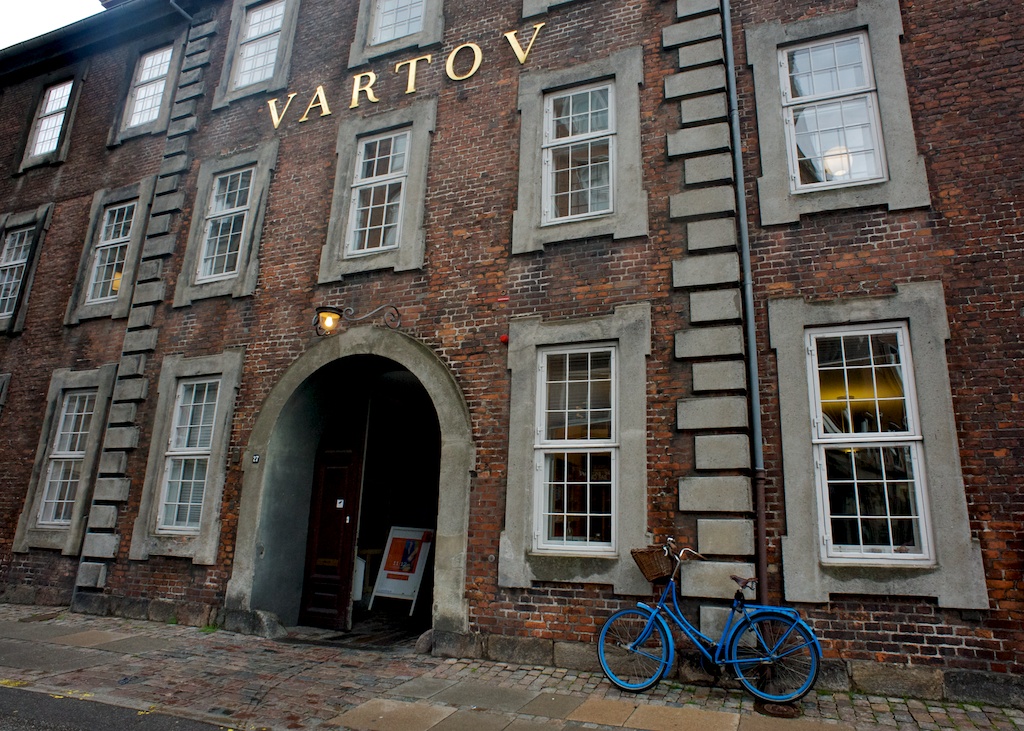 After we returned from our trip, Justin's Portland journal helped me to remember what we ate at Le Pigeon and what cafe we grabbed lunch at before driving out to Cannon Beach (Cloud Seven Cafe). Because we saw so much in our 8 days abroad, Justin's London and Copenhagen journal was vital in remembering the finer details of our trip. I'd be more than happy to share as many details as you want to read about our 9 course dinner at Michelin starred Thai restaurant Kiin Kiin or our mad 30 minute dash back to Illums Bolighus and Torvehallerne, before catching a train to Ballerup! I didn’t need the journal to remember how we walked all over Copenhagen--sometimes wishing we had rented bikes!--and enjoyed swaths of the Norrebro, Vesterbro, Christianhavn, Frederiksberg neighborhoods. 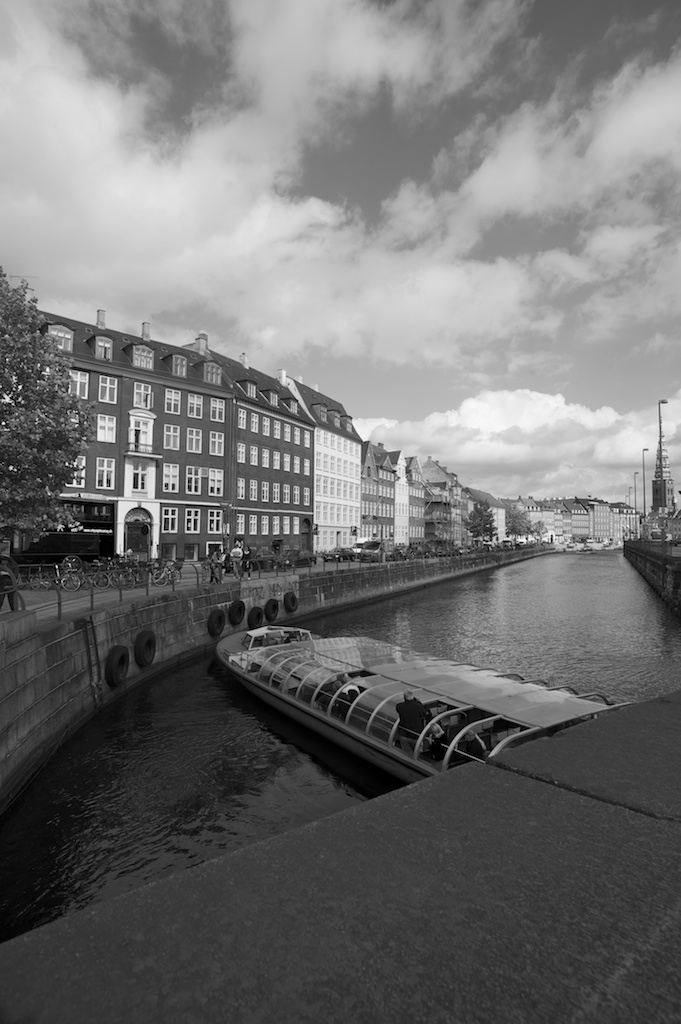 Instead of sharing all of the details of our trip, I’d rather share a few vignettes that have been stuck in my memory since we returned. 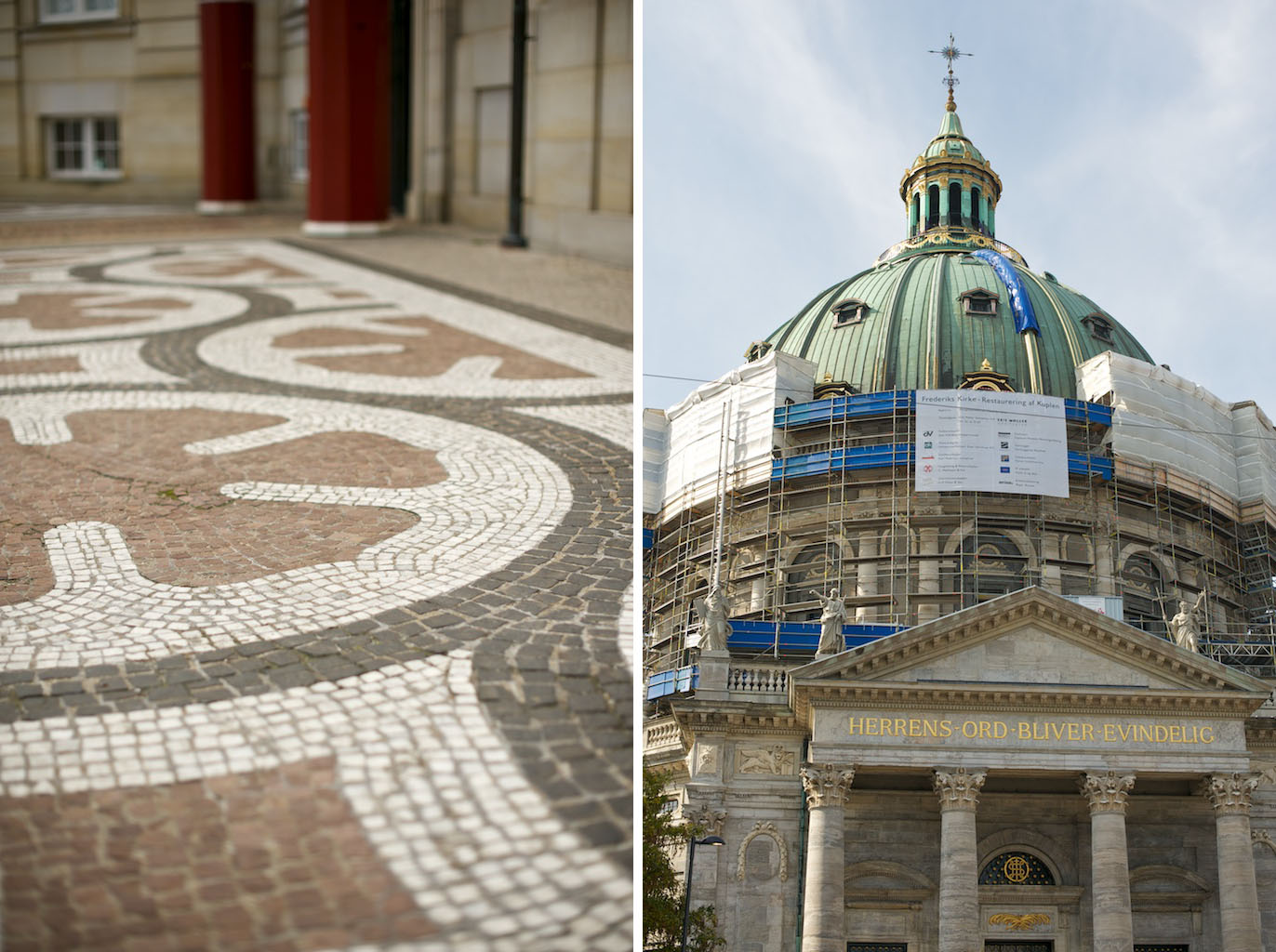 Finally eating soft ice again, while wandering the walking streets. When I lived in Denmark and finished classes for the day, I liked to wander the walking streets, breathing in the fresh air, people watching, window shopping, all while eating a soft ice. *Yes, I came back to the states 10 pounds heavier, thanks to my soft ice addiction and my host mother's cooking!* "Don't you have soft ice in the states?", Henriette asked when we saw her on this visit. Well, yes, we have soft serve ice cream. We do NOT have soft ice. Justin now knows what I mean. Danish soft ice is a cross between ice cream and gelato, in a perfectly lickable form--it's not going to melt all over before you're halfway done and it's not so frozen that it's painful to eat. I've heard it described as soft serve mixed with whipped cream and rolled in chocolate powder. Some Danish soft ice stands also dip your ice cream into hardened chocolate or sprinkles. Justin described the look on my face when I had my first bite of soft ice after 8 years as the face of pure happiness! Exactly. 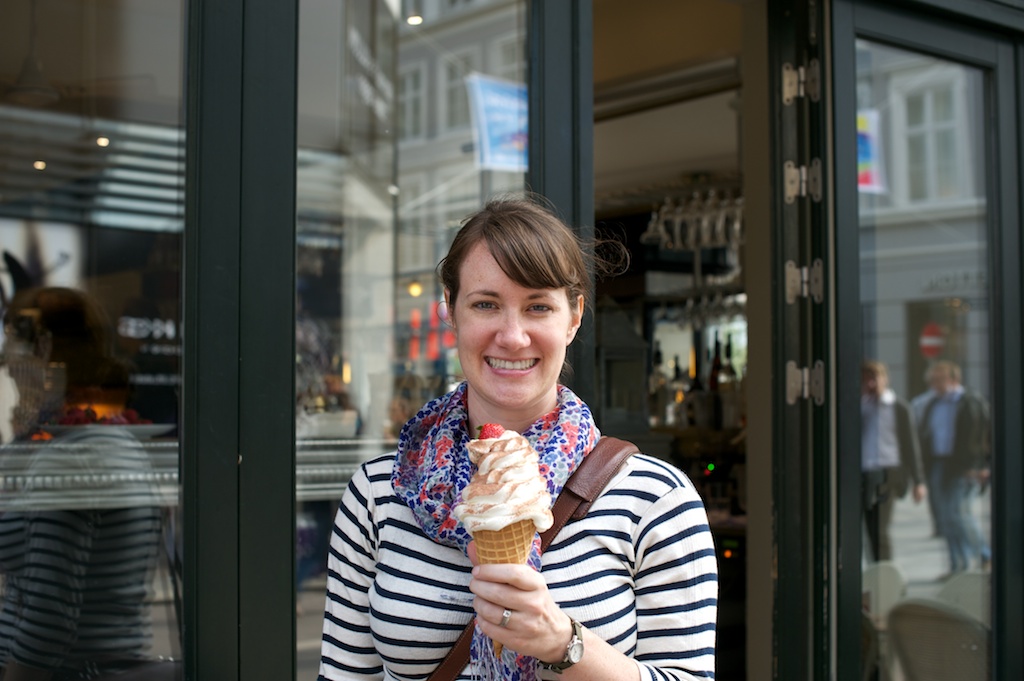 Walking up the spire of the Church of our Savior. The Church of our Savior is located across from Inderhavnen, in the neighborhood of Christianshavn, steps away from Christiania. For a small fee, you can walk through the bell tower and exit onto a narrow platform that presents views of the entire city, before continuing up an even narrower exterior flight of stairs to the very top. I had aspirations of climbing those narrow stairs all the way to the pinnacle, but once I was on the outside platform I decided to stay put and take photos. The wind was picking up, a storm was brewing, and my legs felt shaky. Justin continued on to the top of the spire before carefully making his way back down. As we exited the platform and began our steep descent down the interior stairways of the bell tower, we halted for 5 minutes as an entire tour of bus of older Indian women slowly climbed the stairs, looking more and more apprehensive and out of breath with each footfall. I wonder if they made it to the top of the spire? 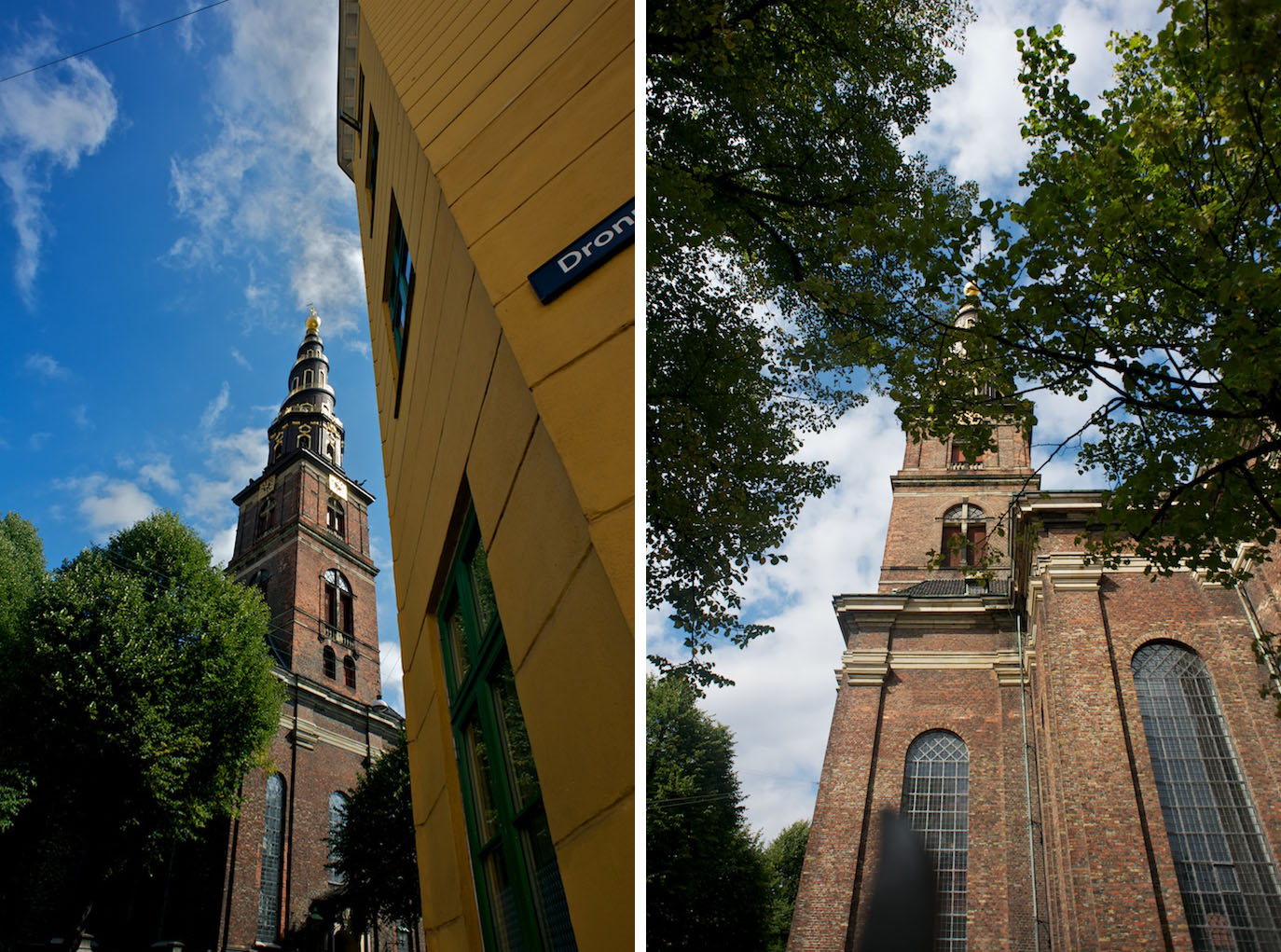 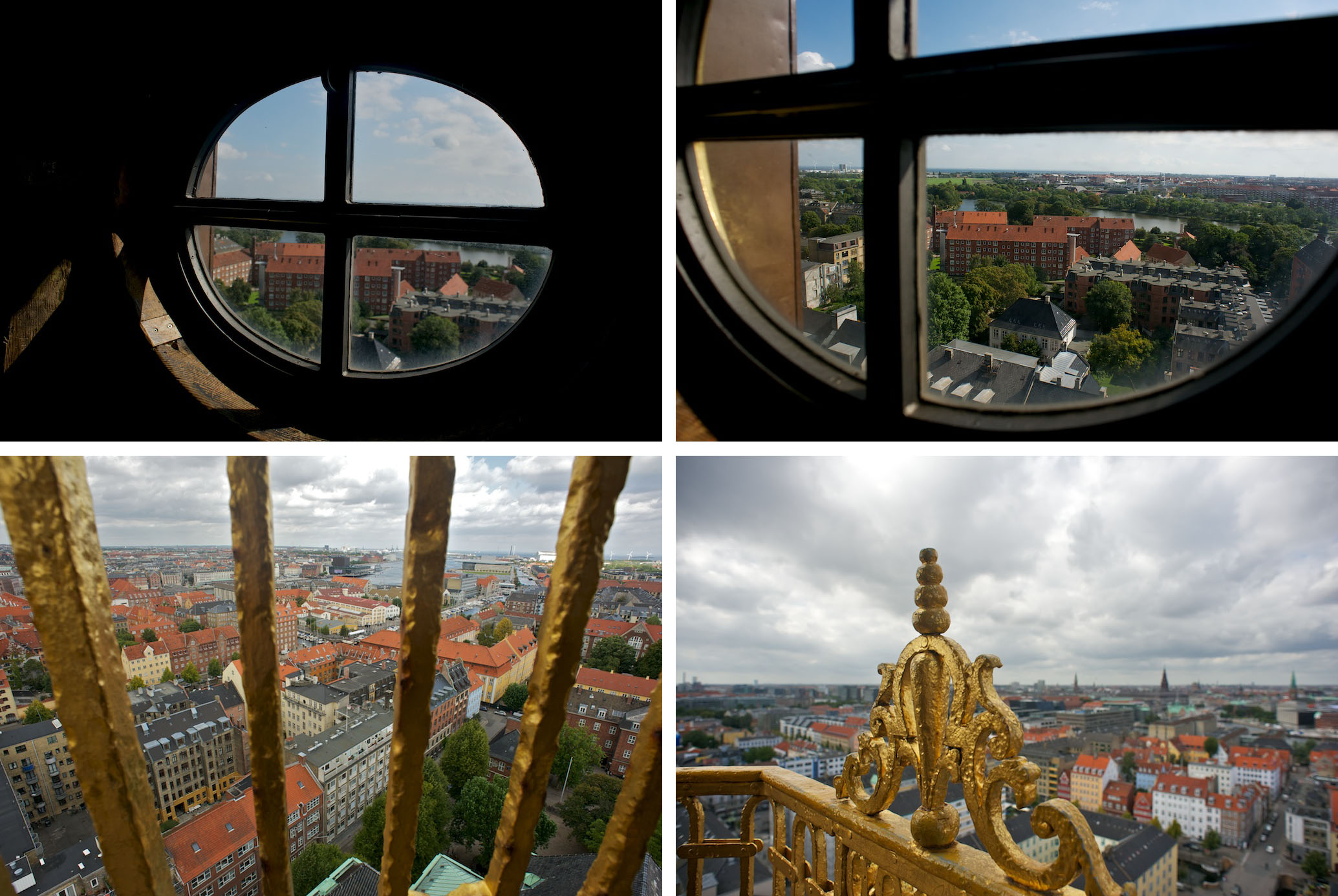 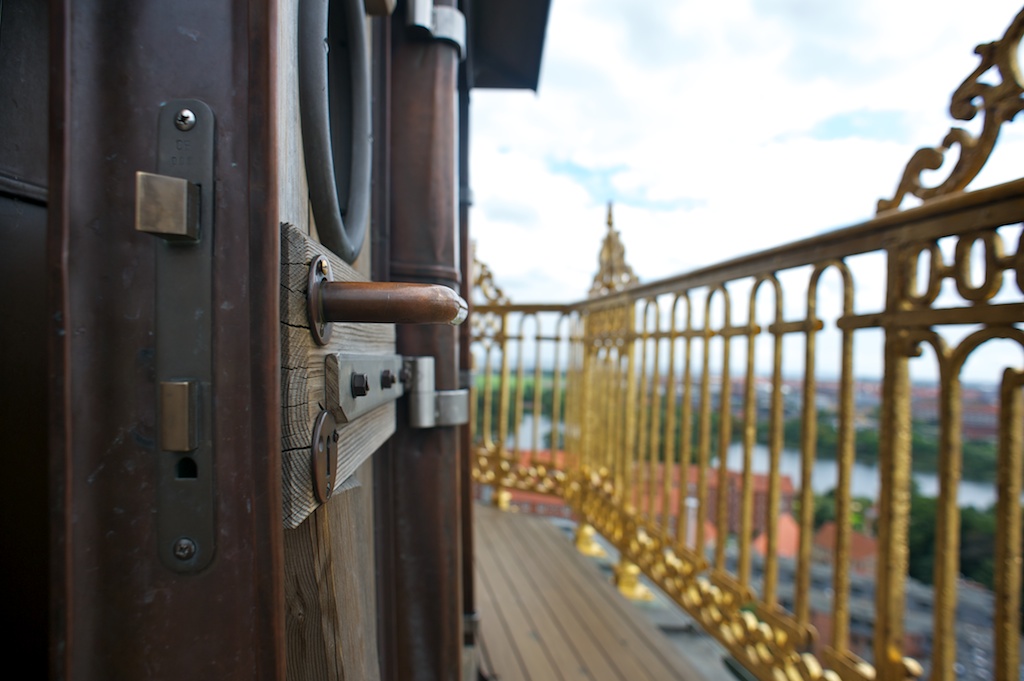 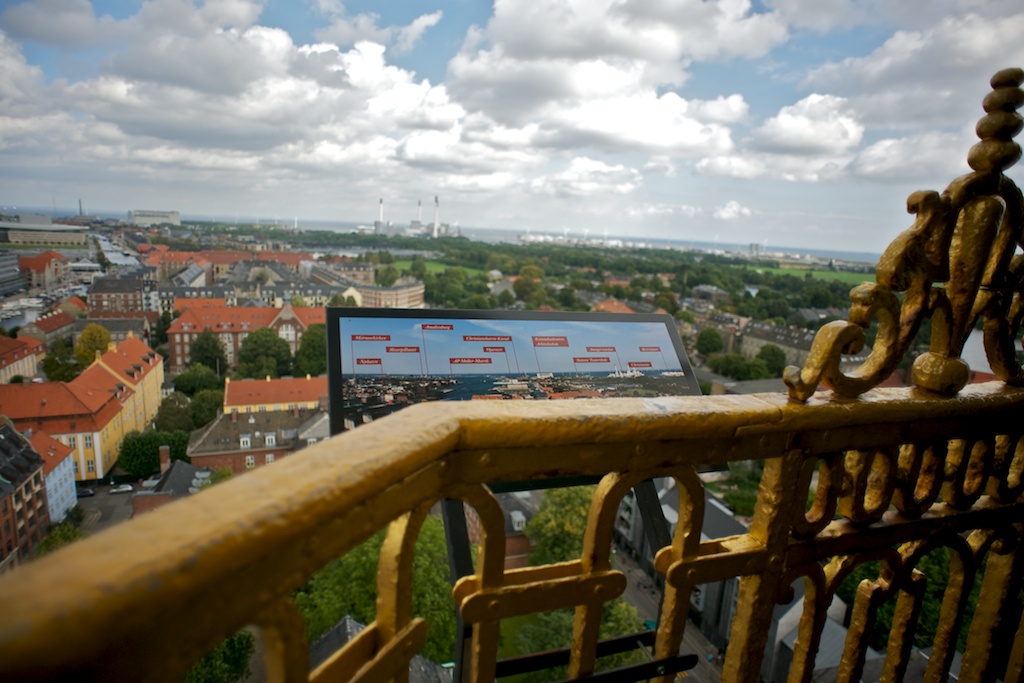 Locating and then replicating the exact route I would take every Tuesday and Thursday to get to the børnhaven at which I worked. Børnhavens are one-of-a-kind Danish preschools, staffed by highly trained and competent teachers, and designed to encourage autonomy and problem solving. The teachers guide when necessary but the children are encouraged to solve problems and resolve conflicts by themselves, even at the young age of 3. My particular børnhaven was entirely organic, from the building, to the toys, to the amazing soups they'd serve the children (and me!) each day.

Though I didn't remember its address or even its name, I did remember my exact walk. I'd enter through Assistens Cemetery--the most stunning cemetery I've ever seen (and after walking through, it still holds that title). More park than cemetery, it's beautifully landscaped, with tree lined paths, quiet places for reflection, and gravestones of awe-inspiring Danes such as Søren Kierkegaard and Hans Christian Andersen. I led Justin through the center of the cemetery and exited at a dog park and apartment complex. I shared that I wasn't quite sure where to go from here, but Justin encouraged me to trust my instincts. I chose to walk left past the apartments, took a right onto the main road, and voila--we were there! I was thrilled that I recreated my steps and it was truly special to look into the preschool that opened my eyes both to organic food and living and to a new way of interacting with children. 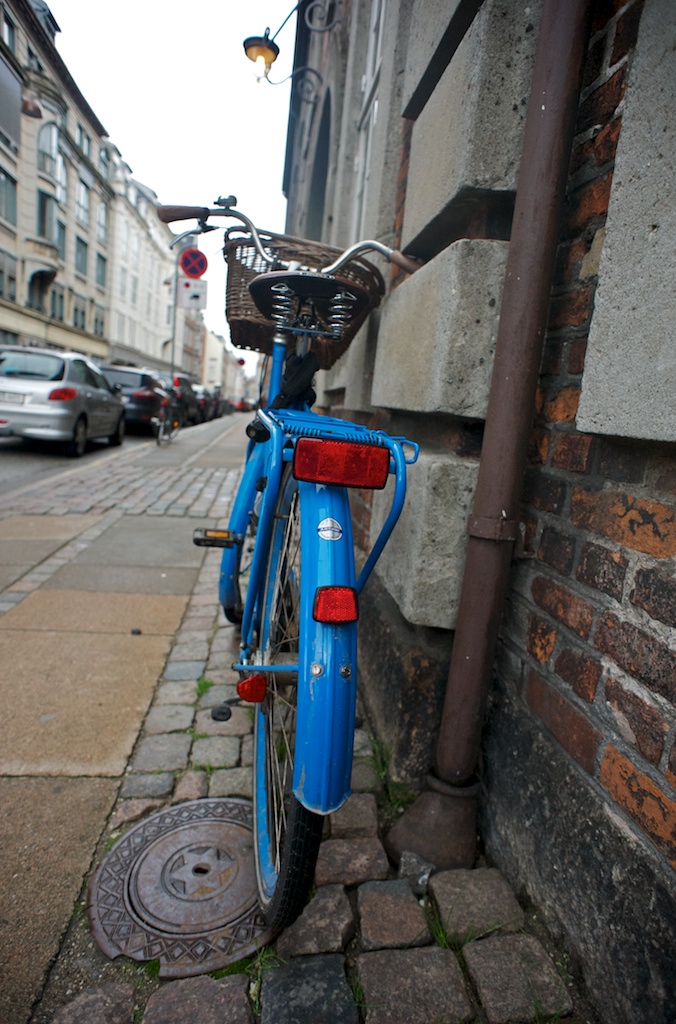 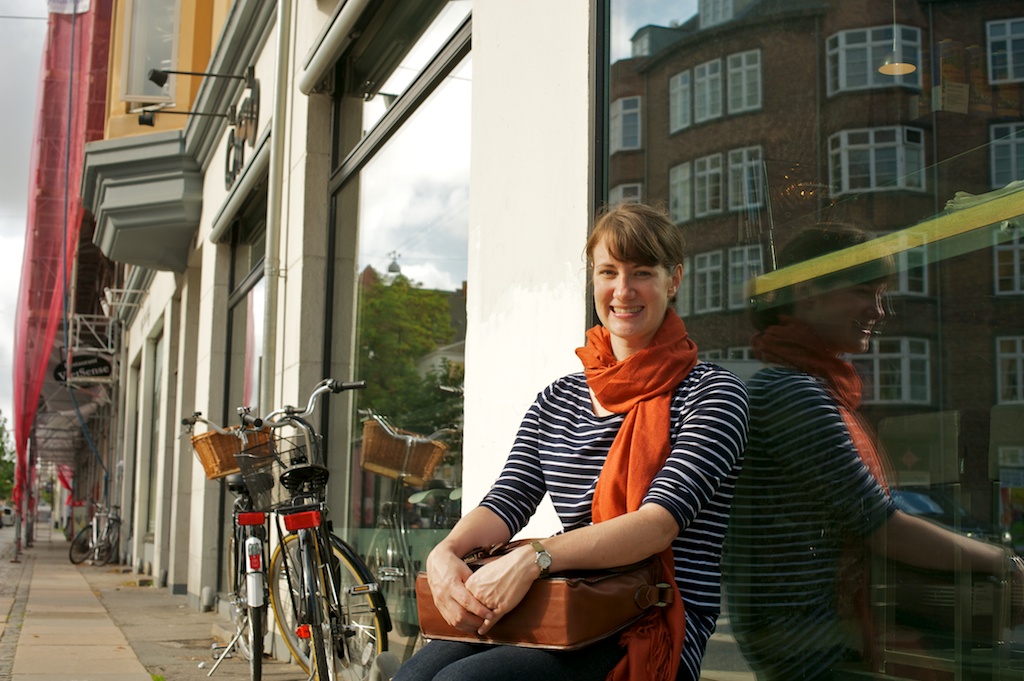 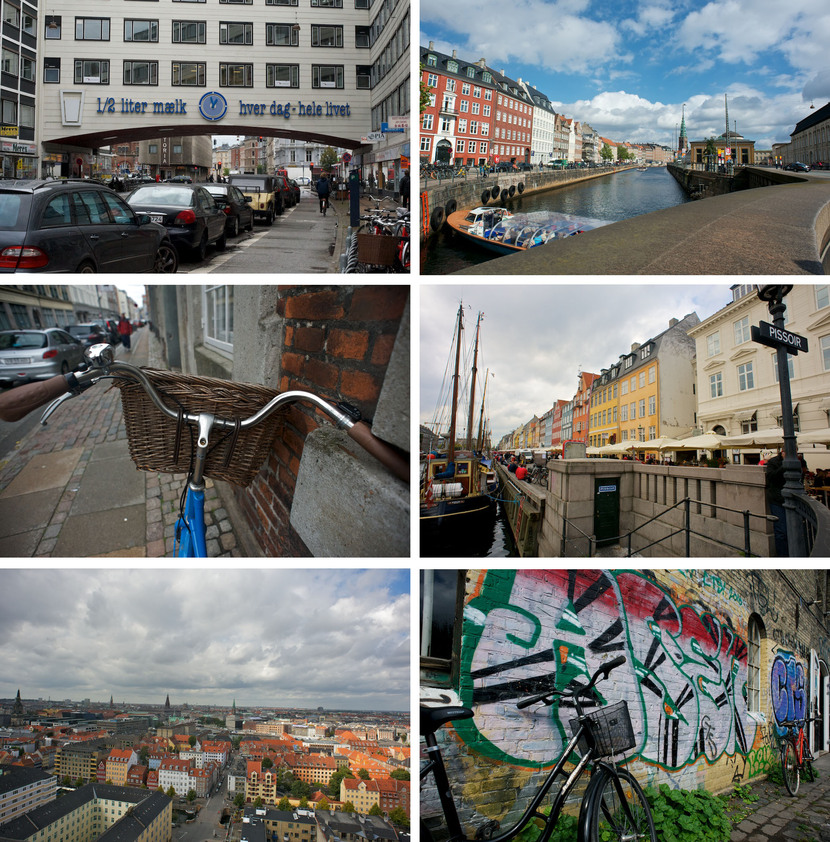 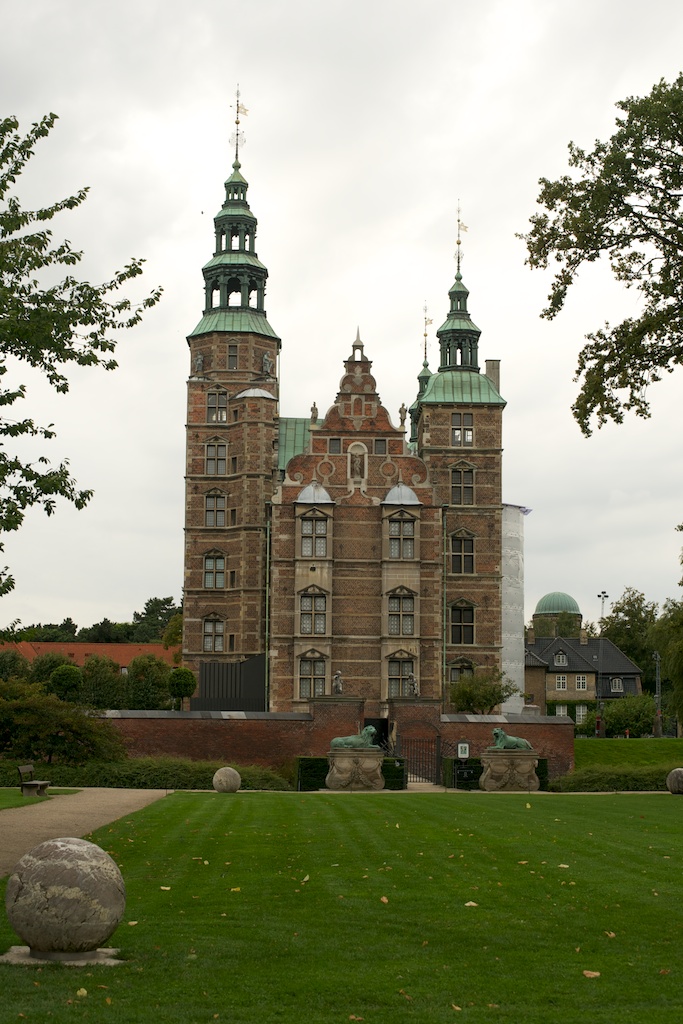 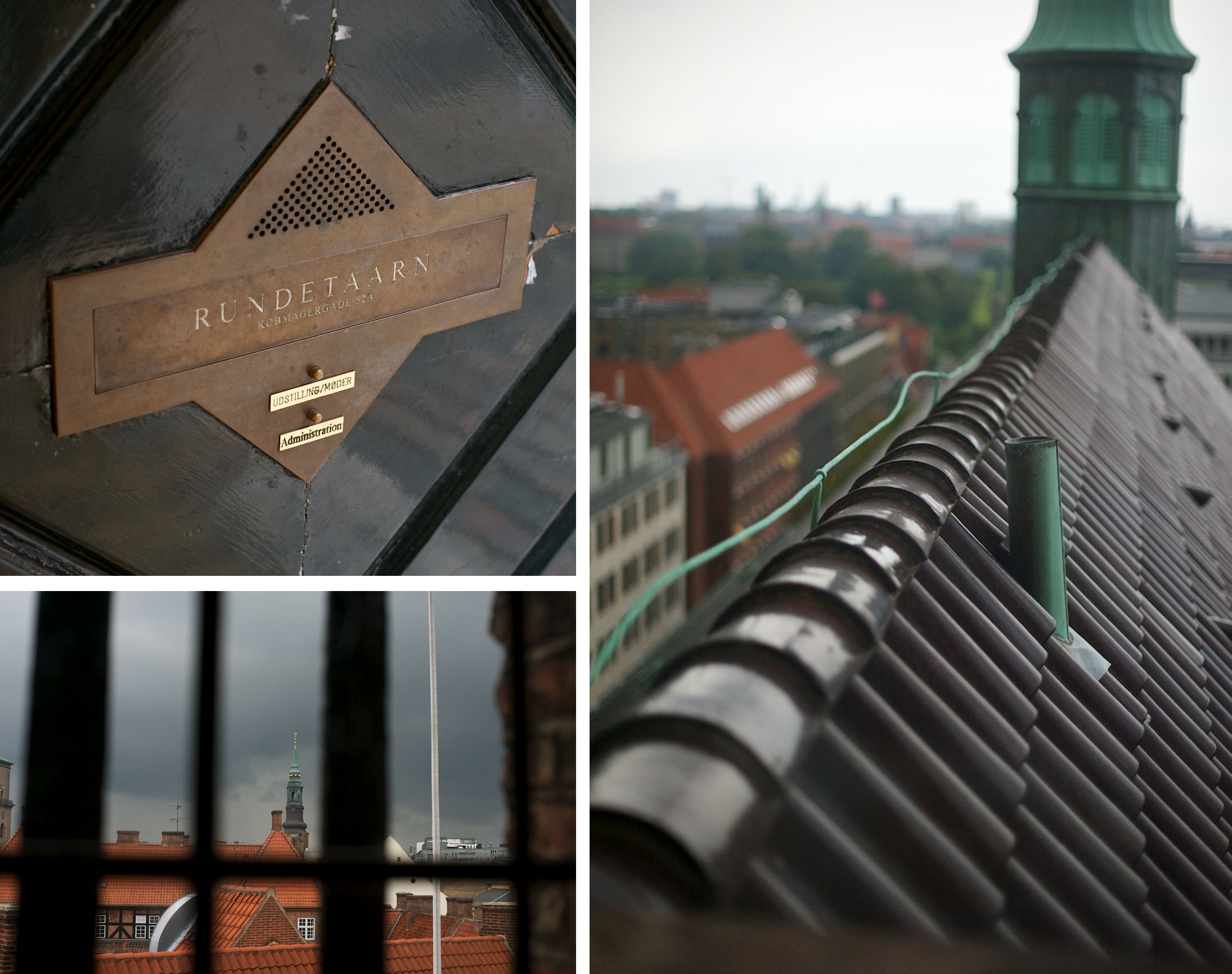 Dealing with the weather in Roskilde. Roskilde, home to the annual music festival, is a fairly wealthy town 45 minutes out of Copenhagen. During medieval times, the Roskilde Fjord provided a transport route for the Vikings. Between the 11th and 15th centuries, the town served as the ecclesiastical and royal seat of Danish power. As Copenhagen rose to prominence in the 15th century (in part due to a burgeoning herring trade and the opening of the university), Roskilde lost its powerful image and transformed into a rural hub for the surrounding countryside.

My brother studied abroad in Tours, France during the same semester I did, and we were lucky enough to spend a few days visiting each other in our respective temporary cities. On his second day visiting me in Copenhagen, we trained out to Roskilde, wandering the cobblestone streets, gazing at the cathedral, and walking through the park down to the waterfront and Viking Museum. This has remained a favorite memory of mine--I remember the sun shining brightly and the wind whipping through our coats in a refreshing Fall way.

Denis, my brother, clearly remembered the wind too, as he warned me to take a jacket on the day Justin and I visited Roskilde. The moment we emerged from the train, facing giant gusts and heavy rain, I suddenly recalled his warning, and the wind from 8 years before. See what I mean about remembering feelings and not specifics? Five minutes later, the wind eased up, the rain stopped, and a perfect dappling sun came out. And then, twenty minutes later, the rain started again. We alternated between feelings of pleasant comfort and slight cold, but the entire time I was happy that my memory had served me in at least one way--the sea air was just as refreshing as I remembered, the sun mixed with the clouds as vividly as before, and the Viking Museum, with its recreated ships, many of which the researchers then take out to sea, was as fascinating in 2011 as it was in 2003. 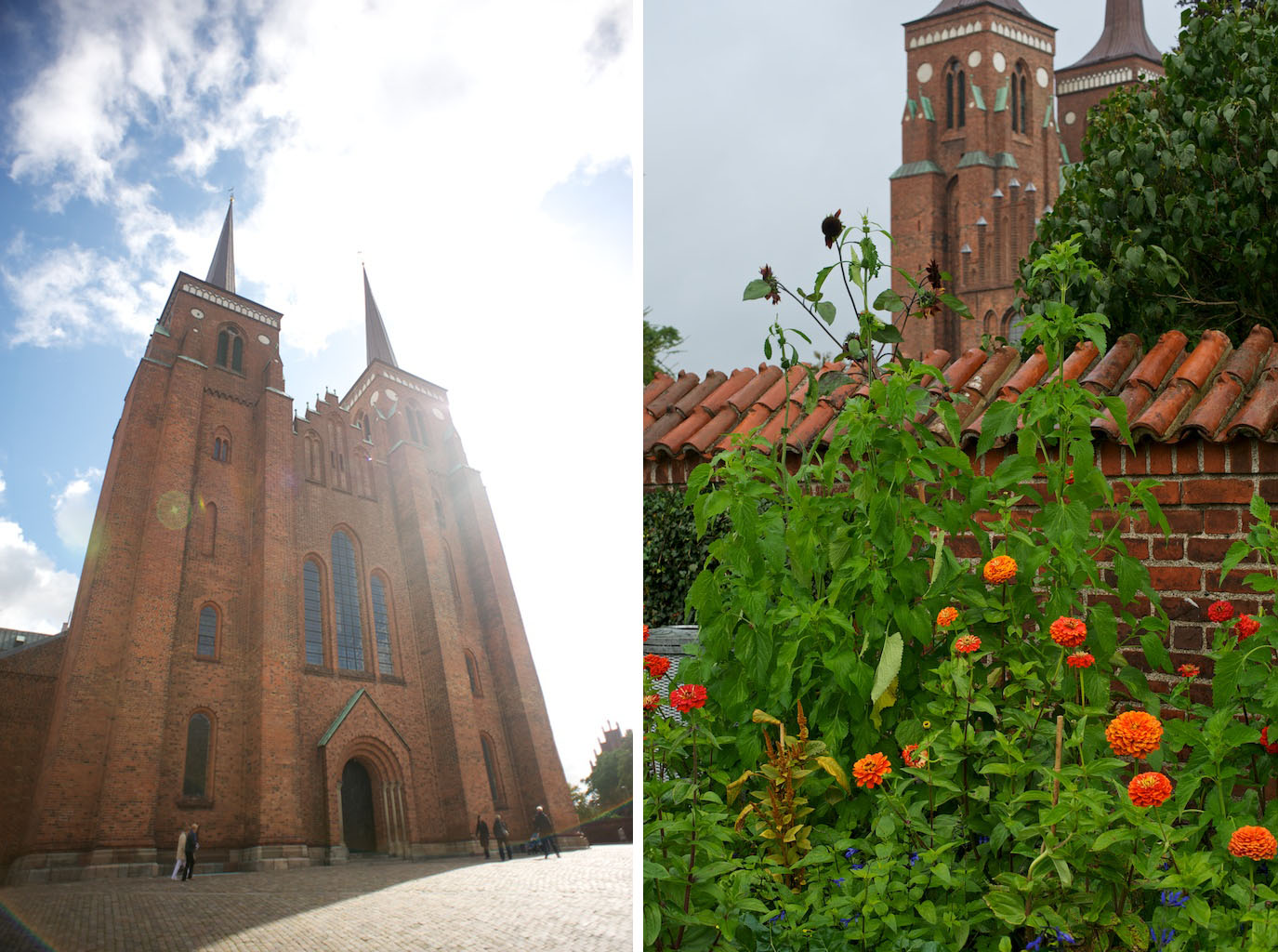 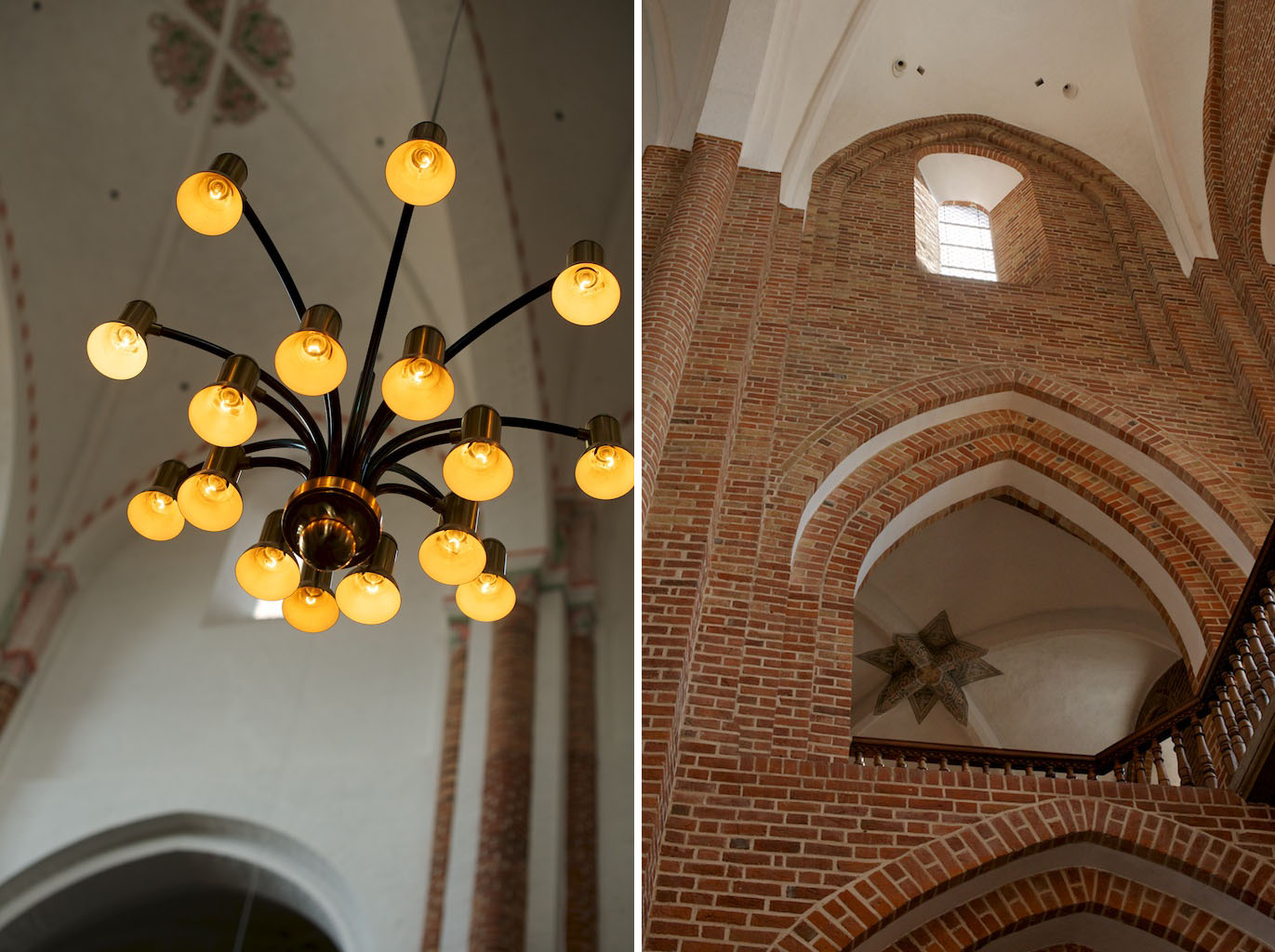 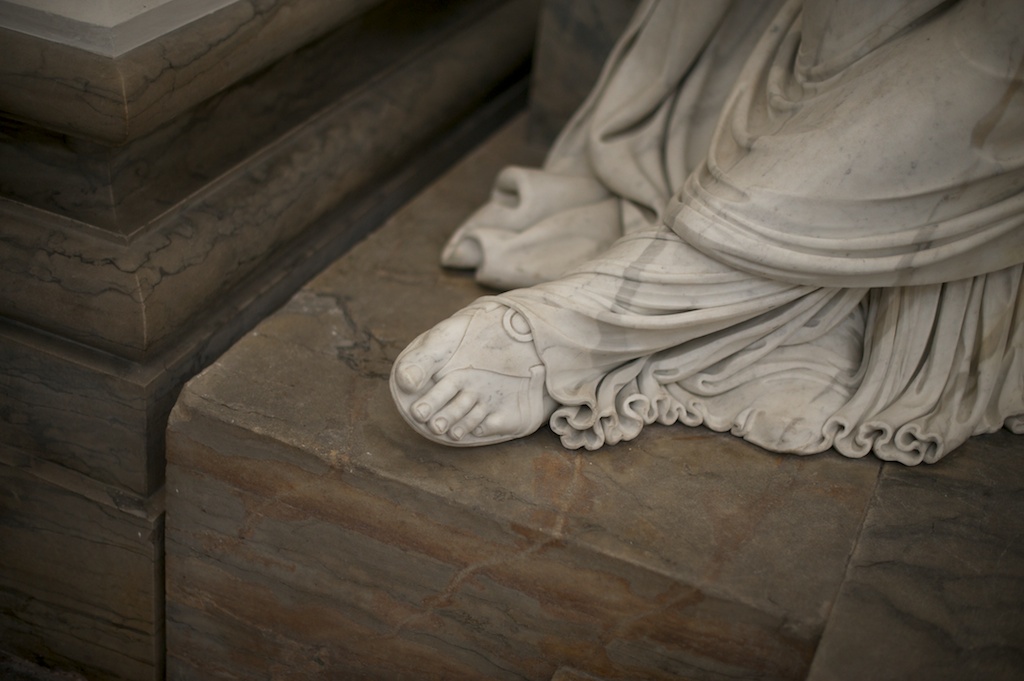 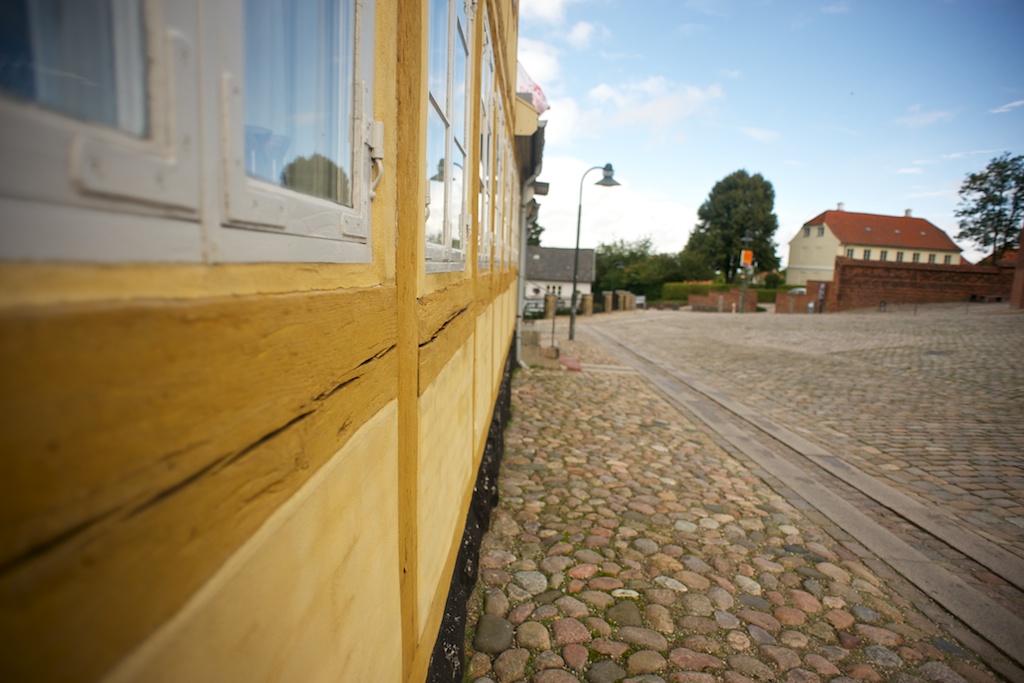 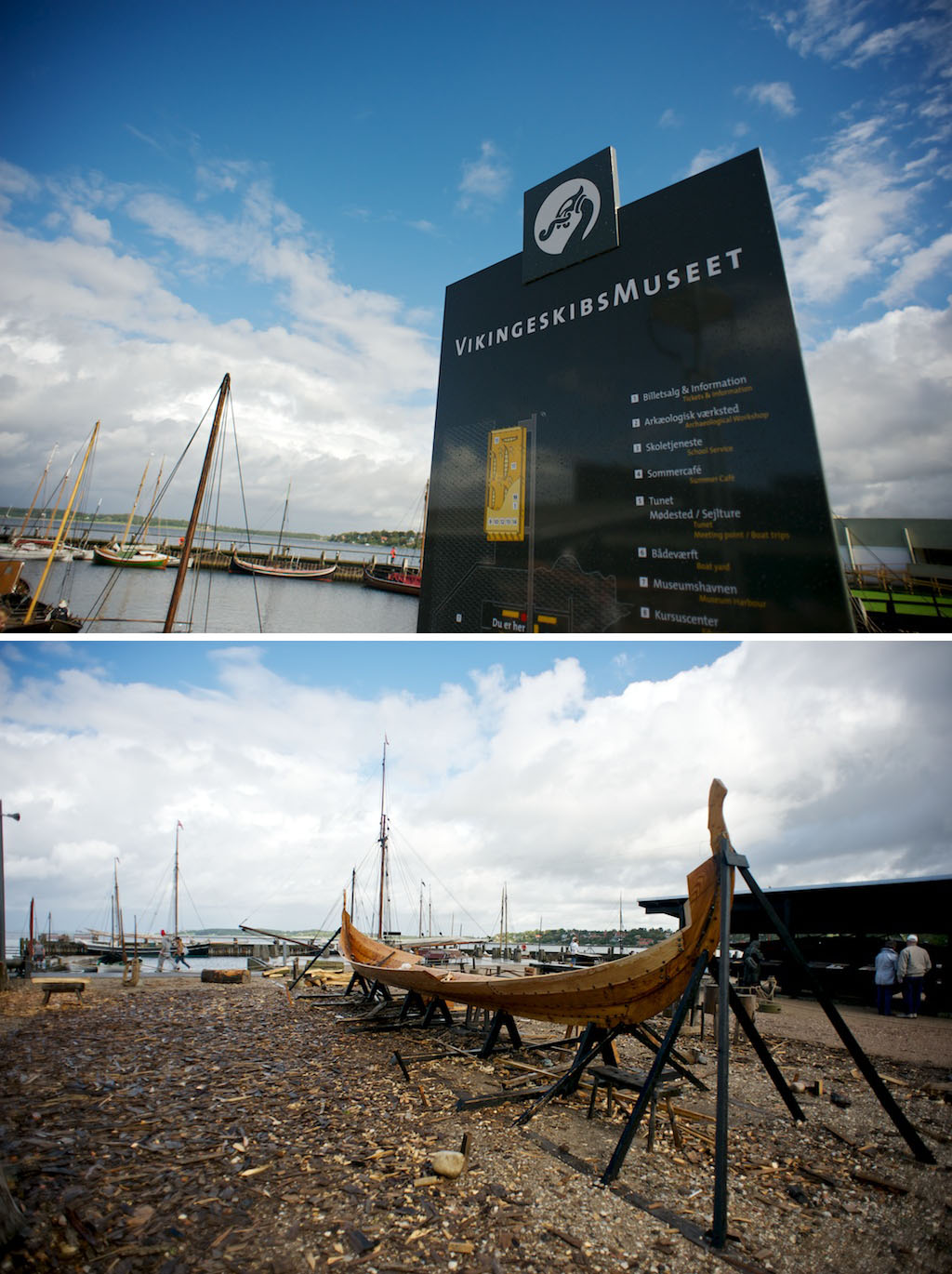 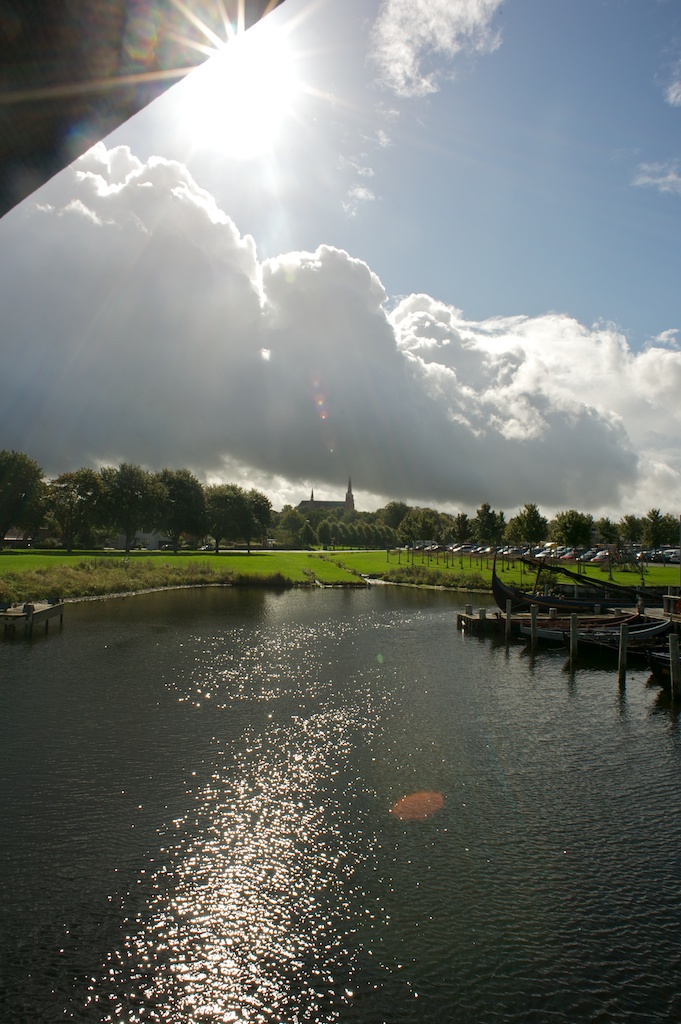 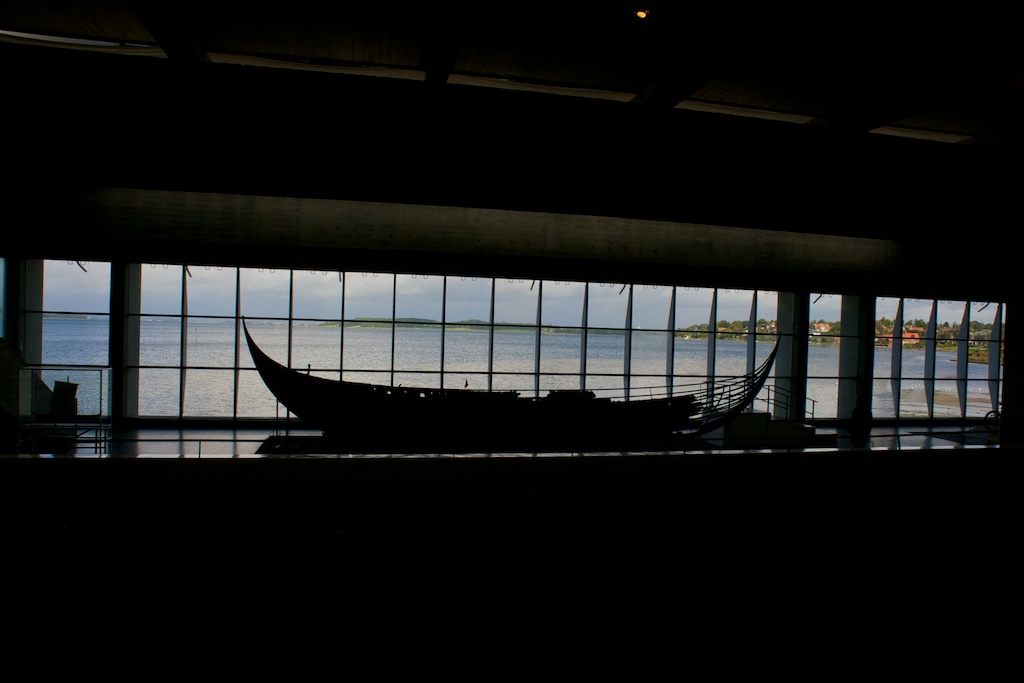 Meeting up with my host family! It certainly didn't feel like 8 years had passed, until I saw my host brothers transformed from 1 and 2 year olds to 9 and 10 year olds and met Henriette and Keld's 4 year old twins. 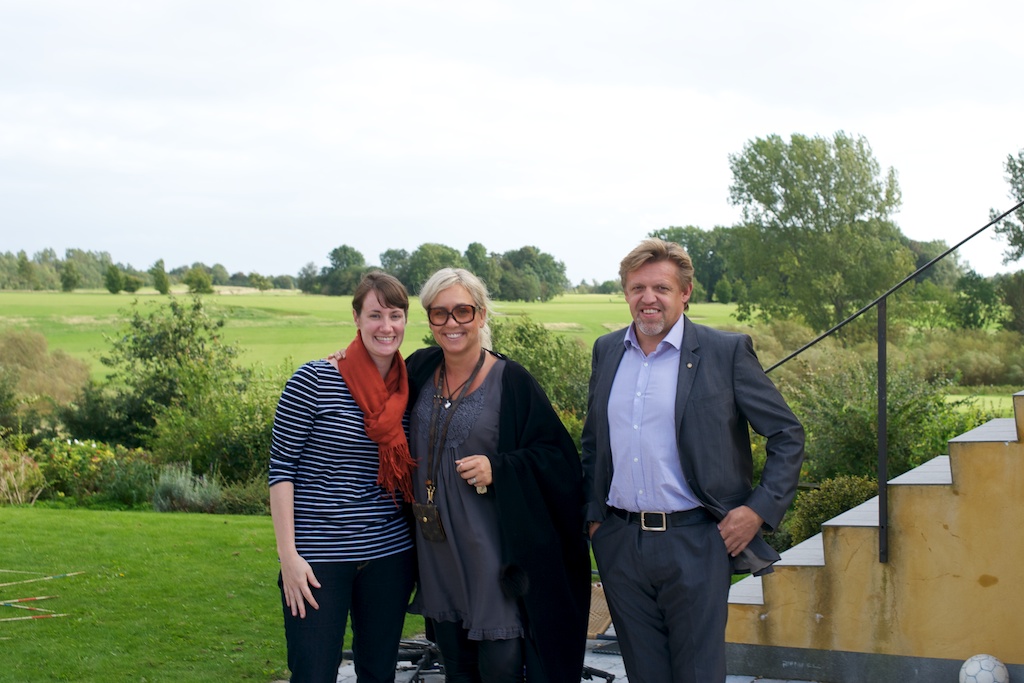