As July turned to August, I didn't share a garden update because much remained the same. Then came late August, and with it hordes of aphids and pests, many traveling with fallen mimosa blossoms and landing squarely on lettuce seedlings. One day I checked the lettuce seedlings and they seemed healthy; the next day I checked and they were eaten to the nub, a tiny stem the only evidence that anything was ever there. I dug out the rest of the lettuce and kept that area clear with the hope that the pests would leave. Instead of leaving, they turned their focus to the swiss chard. I quickly harvested the chard and they set their sights on the newly sprouting broccoli and brussels sprouts. 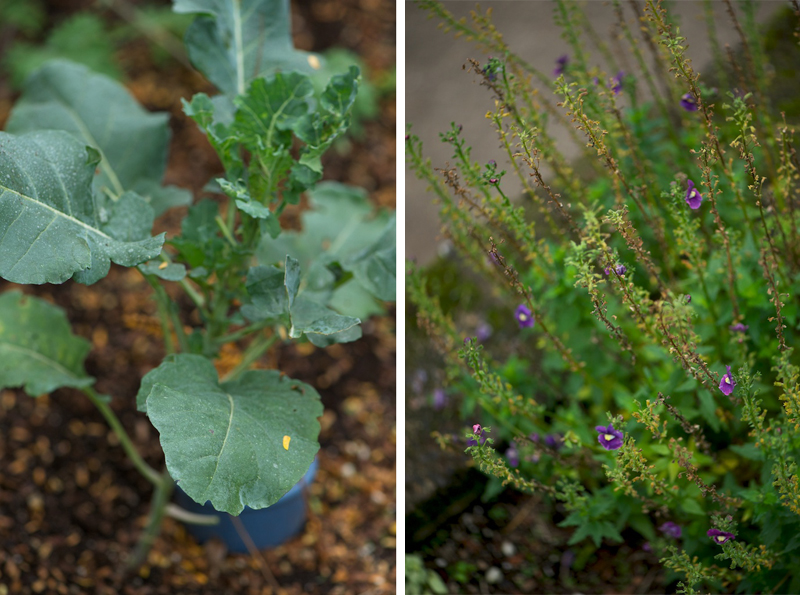 I remain in awe of the fact that I can plant seeds, no bigger than a fleck of dust, and then if all goes as it should, I can walk out one morning to see sprouts. For this reason, I took the chomping down of the broccoli especially poorly. The plants had fought through the earth and were quickly on their way to producing vegetables, only to be punched with holes by a collection of grey dots (aphids). 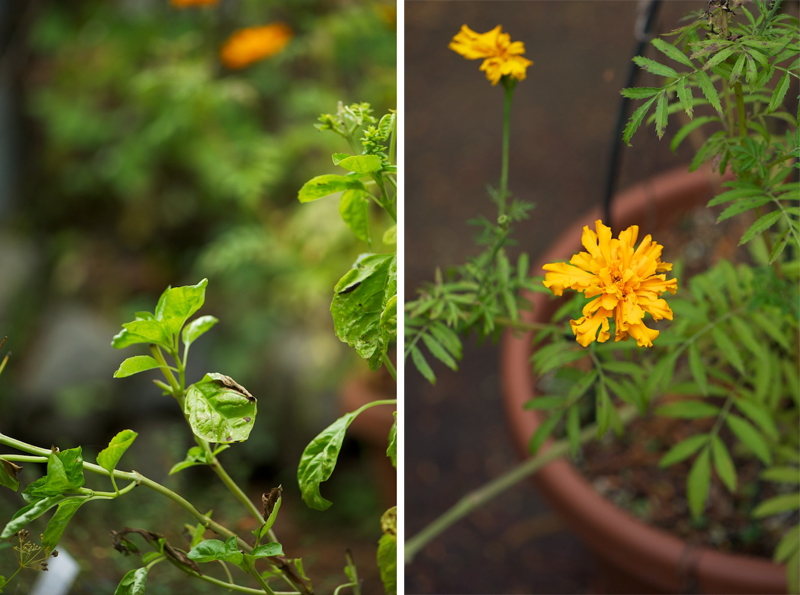 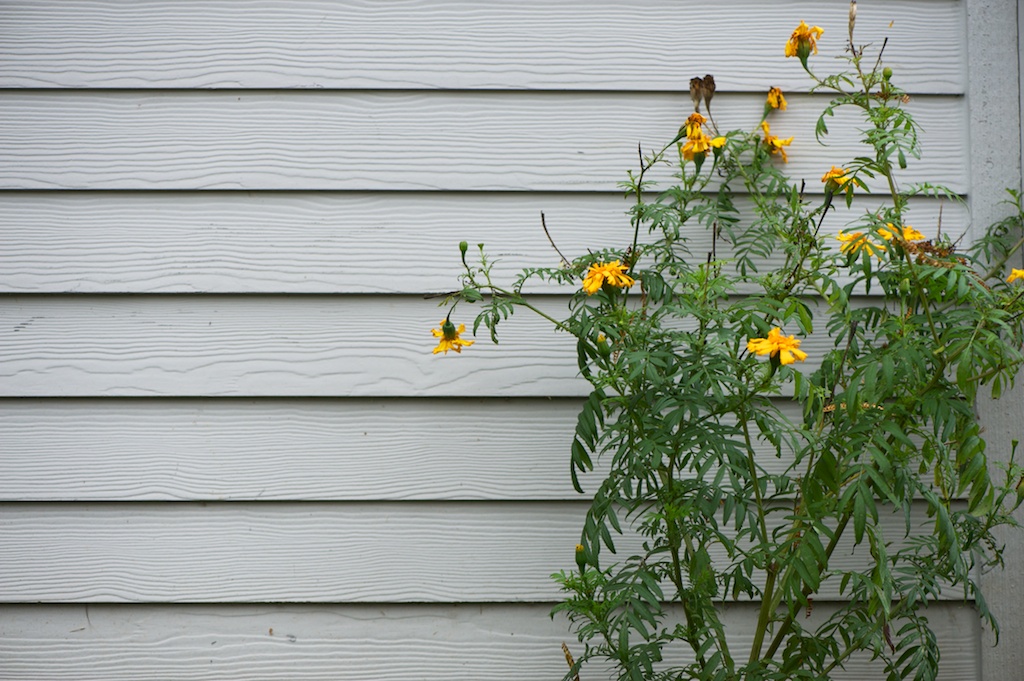 One broccoli plant still stands. So far, the brussels sprouts are attempting to produce fruit. I planted kale starts in the row that had contained the beets; these starts are neither thriving nor dying.

My potted plants have fared better, though they're now reaching the end of their lives. The tomato plant, a Michael Pollan variety, produced throughout the summer. Once we learned to trim the strawberry plant back, it grew strawberries consistently. In fact, there are a few white fruits on the plant as I type this, though these fruits will sadly never turn red now that the temperatures are consistently chilly. The roma tomato plant, on the other hand, did nothing. It grew one rock hard green tomato, appropriate in size but not in color or density. I have to equate part of this pathetic production to the marigolds that share a pot with each tomato plant. After a few months of remaining small, the flowers exploded in August, popping up buds and stems everywhere; the price of their golden flowers was the nutrients in the soil that the tomatoes also craved. On a positive note, all of the herbs have prospered, as they're well-suited to container gardening. 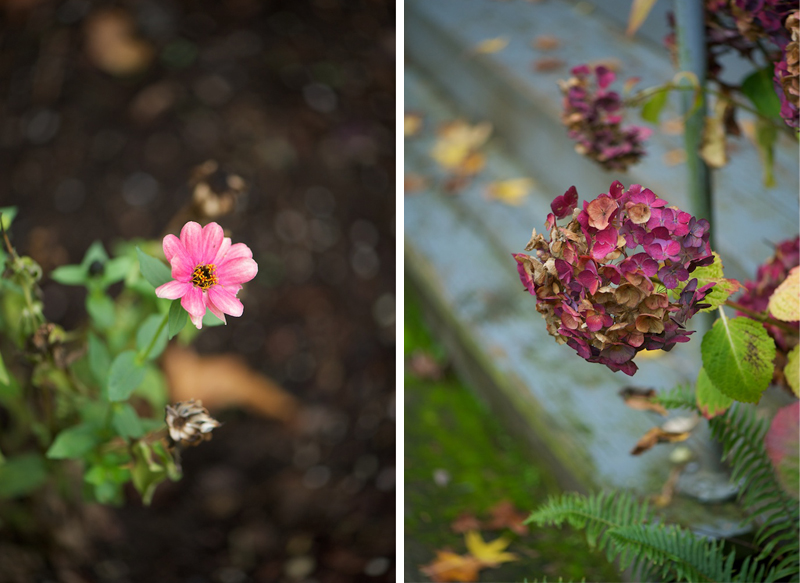 Up front, I planted zinnias and mums for the early Fall. Most flowers are sadly in their final bloom, and I have to decide how to keep the front area fresh and inviting until the Spring.

It's been fascinating to care for the raised beds, pots, and yard throughout the Spring, Summer, and Fall. Each season brings enjoyment but also new challenges. Spring involved cleaning up messes and making the yard hospitable again. Early Summer felt especially exciting, both with possibilities and tangible rewards. Fall has been bittersweet. Because of the mimosa tree's constant confetti of flowers and leaves, caring for the raised bed has become an uphill battle. I wouldn't position a raised bed under a mimosa tree again – though in my defense, that area is one of the sunnier spots of the entire property. Honestly, if given an option, I wouldn't plant a mimosa tree in a yard this small. They are gorgeous trees, but they are also trouble: the last to flower, the first to fall. And their fall comes in two cycles: pink pom poms that turn brown immediately, and then leaves that disintegrate as they drop! 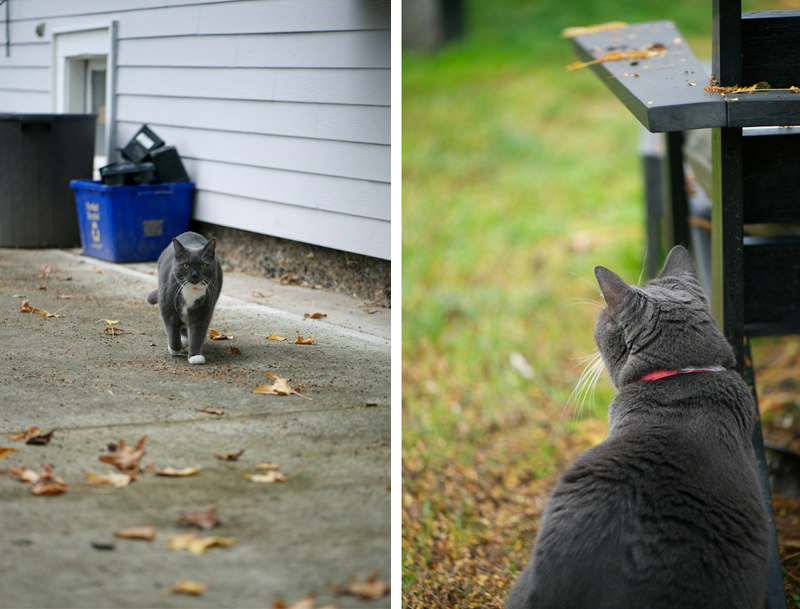 If we are in this house again next year, I'll consider moving the raised bed up front away from the tree. The front yard's light isn't as consistent, unfortunately. The ideal place for a raised bed or full garden would be along the driveway that extends the length of our house – I have visions of ripping out the concrete and putting in a garden. Alas, we're just renters. 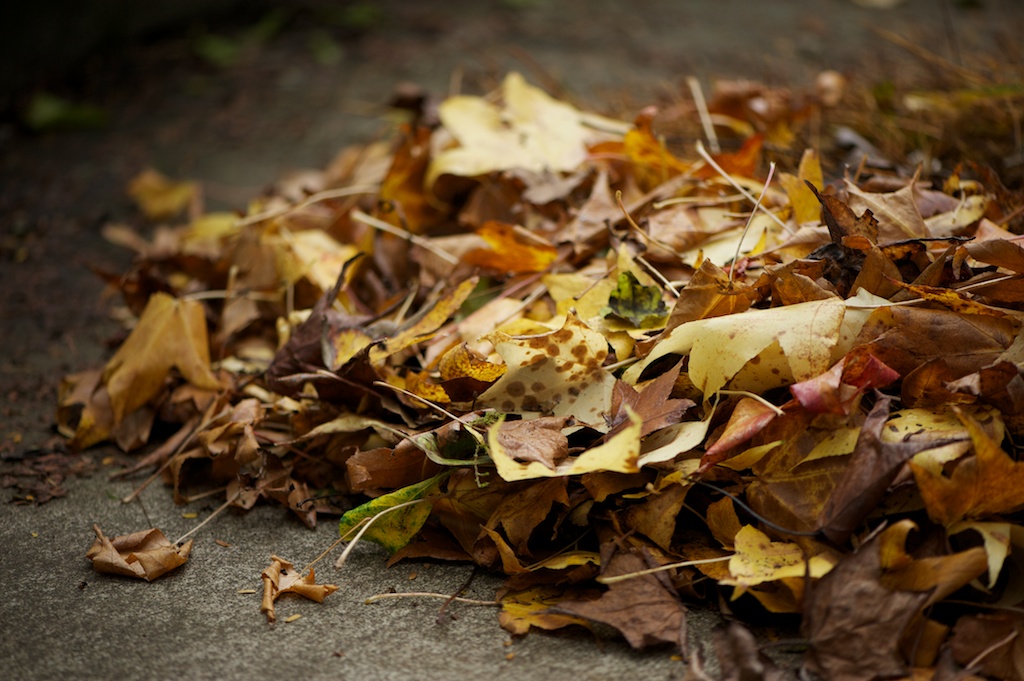