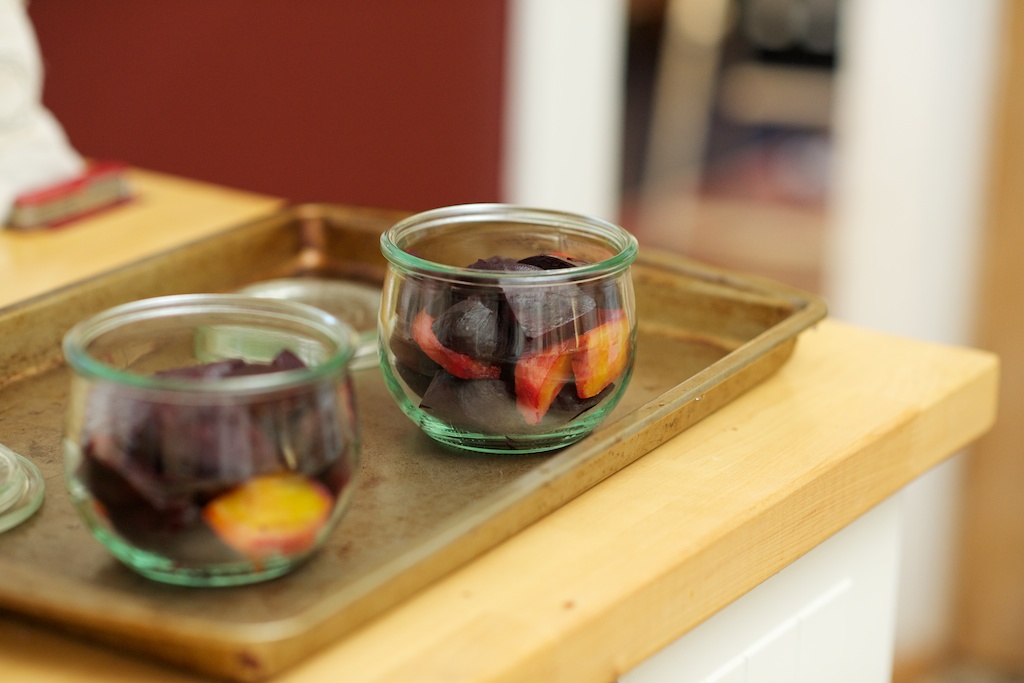 I was drawn to this pickled beet recipe out of hope for its future versatility. I’m frequently seeking a component for a lunch sandwich, craving a more creative afternoon snack, or searching for a way to liven up a handful of simple salad greens. These beets, once they’re sufficiently pickled, seem as if they’ll willingly play all three roles. 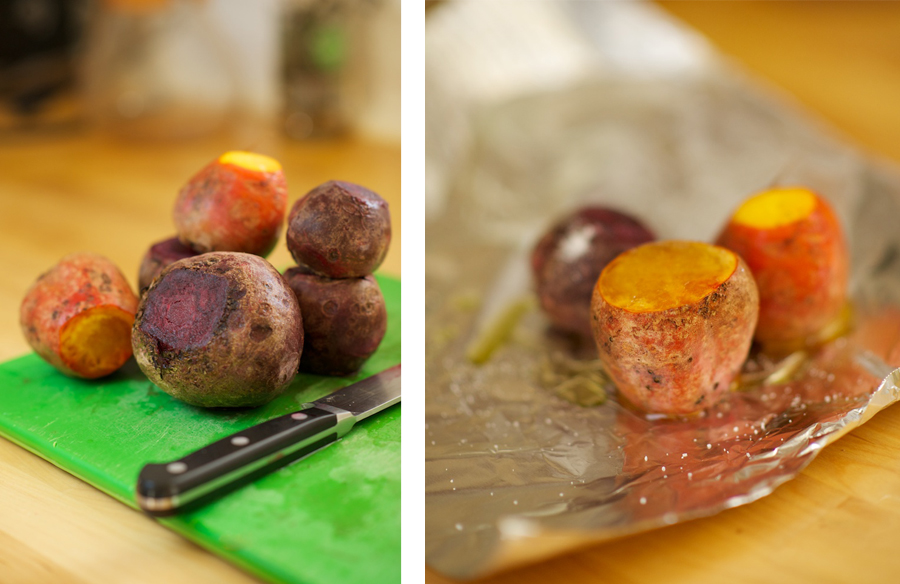 Two pickle projects down, I still enjoy the process of jamming more than pickling (though you won’t hear me lament about the brevity of pickling versus jamming!). In making jams or jellies, the results are immediate and tangible. In the middle of a jam recipe, I can tell if the jam needs extra pectin to help it set or if the flavor is off and I need to add something to the pot to make the end result more pleasing. And at the end of turning fruit into jam, I can immediately enjoy the rewards by reserving a cup-full for in-the-moment consumption. 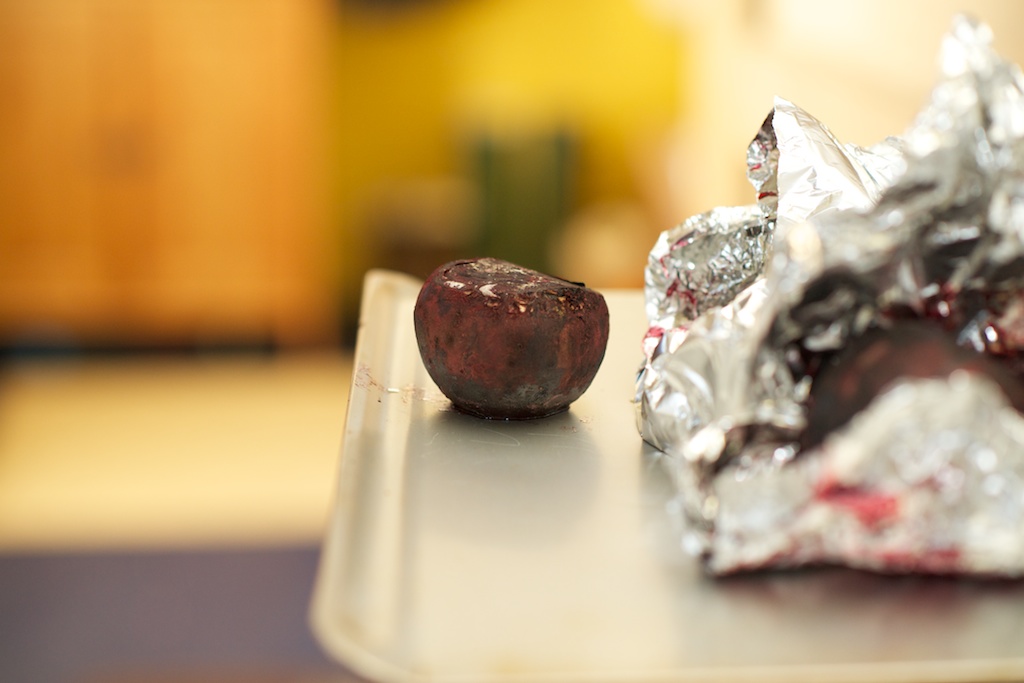 Pickles are different. With pickles, I can control the quality of the ingredient and the brine recipe, but I feel helpless in controlling the interaction between the two. After eating a few jars, I still feel ambiguous about my pickled asparagus. I am pleased with how the asparagus look in their slender Weck Jars, and I’ve enjoyed the taste in an aloof way. But, I don’t crave them in the way I crave, say, a jar of Mama Lil’s. The brine isn’t as nuanced and the asparagus isn’t as snappy. I’m not presuming that my first pickling experiment would have yielded results like Mama Lil’s, only that I wish I had more control in the moment of how the pickled vegetable would taste! 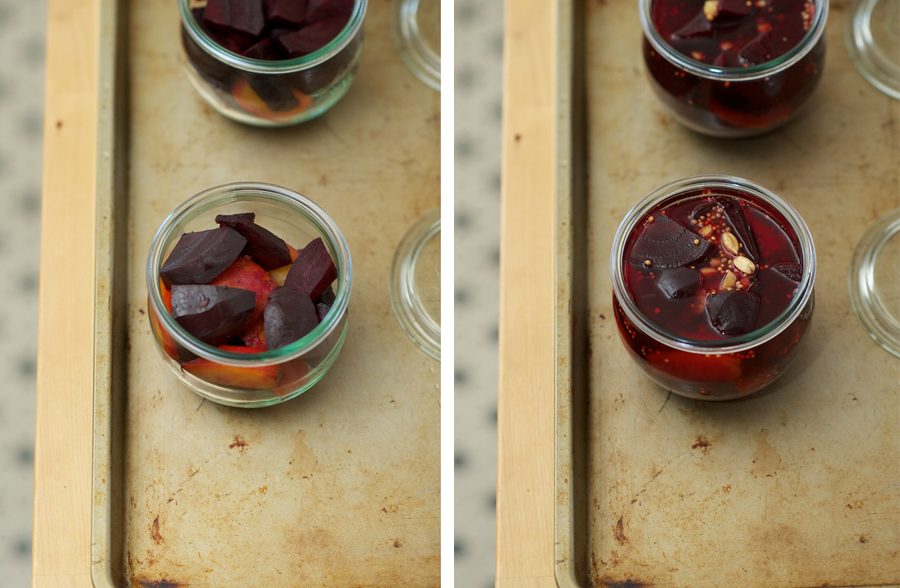 It seems like pickling will be a life-long experiment: I’ll try a recipe, take notes, and modify it for the following year, seeking that magic combination. 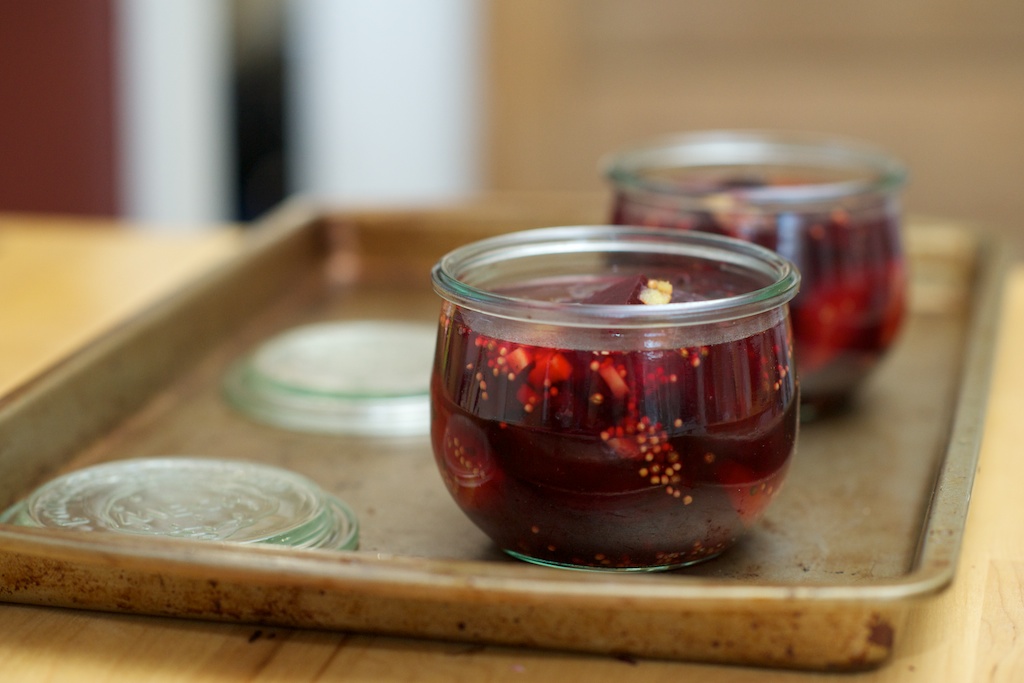 Recipe Adapted from Farm to Fork

Both these beet pickles and the pickled asparagus are considered vinegar pickles or “quick pickles” because they rely on a vinegar brine to provide the acidity to preserve them properly.